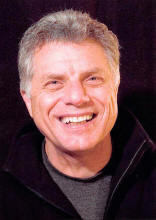 Vincent M. Gulisano, age 70, of Hamden, passed away on January 9, 2015 at Conn. Hospice in Branford. Vincent was born in New Haven on October 12, 1944, the son of the late Angelo& Catherine Macri Gulisano. He is survived by his companion Judy Finley of Cheshire; his nieces, Dianne Savage of Branford and Laura Petrocelli & her husband Anthony of Waterbury; nephews Michael Garboski & his wife Ashley and Kevin Garboski. Vincent was predeceased by his older sister Eleanor Gulisano Savage in 2005. After getting an undergraduate degree in electrical engineering from UConn, he joined the Peace Corps where he spent two years teaching math and science in Nigeria. When he returned he taught math at Hamden High School, while at the same time earning a graduate degree in mathematics. Another degree in computer science followed, and he changed careers to start work as a programmer, analyst, and systems manager at Haskins Laboratories, a research institute focused on the biological basis of speech and language. He loved working there, and in retirement he continued to pursue complex questions in lively discussion groups organized with friends where religion, consciousness, quantum mechanics, and mathematics were frequently interwoven threads. He was a person with many interests, some of which led to memorable adventures in both Africa and Peru. Equally important, he actively enjoyed the outdoors: hiking, camping, sailing, mountain biking, and rollerblading, and walking the trails with his beloved dog Ruki. He was a lifelong chess player, achieving an intermediate rating of 1500; a tournament tennis player and president of the New Haven Tennis Association in 1984; and an avid dancer who co-founded the Connecticut Swing Dance Society. Arrangements are in the care of Beecher & Bennett Funeral Home, 2300 Whitney Ave, Hamden. A memorial service will be announced at a future date. Contributions in Vincent's memory may be made to Connecticut Hospice Inc, 100 Double Beach Rd, Branford, CT 06405.