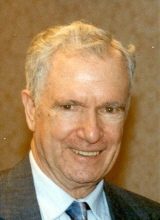 Vincent Peter Piedescalzo, 88, of West Haven, died Tuesday, July 14, 2009. Husband of Stella Sobotka Piedescalzo, he is also survived by son Vincent T. Piedescalzo and his wife Karen of Cheshire, a daughter Estelle McCarthy and her husband Raymond, Sr. of North Haven, and five grandchildren. He was predeceased by brothers Salvatore Piedescalzo, Lawrence Scalzo, Charles Scalzo and sister Margaret Alfano. A son of the late Theodore and Maria Locasio Piedescalzo, he was born in New York City on August 6, 1920. A US Army Veteran of WWII (3 July 1941 - 3 July 1945) he fought in 9 major campaigns and was the recipient of the Purple Heart with two Oak Leaf Clusters and the Bronze Star with one Oak Leaf Cluster. He was most recently employed as a Tool and Die Maker at Durable Wire in Branford and had also been employed by Griest Manufacturing Corp., Mite Corp. and Mossberg Guns. Arrangements are private and in care of BEECHER & BENNETT-TAYLOR FUNERAL HOME, 410 Campbell Ave., West Haven.