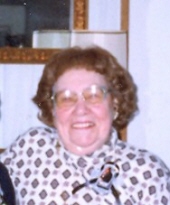 Meriden - Viola Gilson Newton. 92 beloved wife of the late Joseph R. Gilson passed away peacefully on Monday August 10, 2009 at her home with her loving family. She was born June 6, 1917 in New Haven a daughter of the late Max and Viola (Hall) Fredericksen. She grew up in New Haven until moving to Hamden, spent a couple of years in Colorado with her oldest son Joseph, then moved back with her daughter Maureen in Meriden fifteen years ago. Viola loved to socialize, dance, travel and enjoyed the ocean. She loved when the whole family came to visit on the weekends and partied it up. She is survived by he loving daughter, Maureen who tenderly took care of her for the past 15 years, and her husband Herman Kenney of Meriden, granddaughter Lisa Marie & Thomas Aquino of Meriden, grandson Edward & Tammy DeLucia of Meriden, granddaughter Kristina DeLucia & fiance Michael Stowe of East Haven, two sons, Joseph Gilson of Colorado, grandson Kenneth & Shawna Gilson of Colorado, grandson Steven & Melissa Gilson of Florida, a son Raymond W.Gilson of Meriden and grandson Jamie Gilson of Waterbury, a sister, Anne Rose of Cheshire, 11 great-grandchildren and three great-great-grandchildren and step-great-great-grandchildren of the Kenney family. She was predeceased by a grandson, Joseph Gilson, three brothers, Billy, Edward and Max Fredericksen and a sister Ethel Frosolone. A Memorial service will be held on Monday, August 17, 2009 at 11:00am at the Beecher & Bennett-Flatow Funeral Home, 48 Cook Ave., Meriden. Burial will be private at a later date.