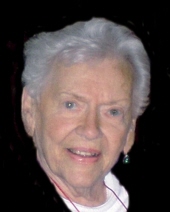 Hamden - Violet I. Rosch, 87 passed away on Thursday, February 26, 2009 at Whitney Manor. She was the wife of the late Rudolph A. Rosch. She was born Sept. 6, 1921 in New Haven a daughter of the late Frank and Minnie (Davis) Smith. Until reitiring Violet was a security gaurd for Caldor's. She was a member of St. John's Episcopal Church in North Haven and also of the Clelian Center in Hamden. She is survived by a daughter, Dawn Carangelo of Hamden, a son Howard Rosch and his wife Linda of Arizona, four grandchildren, Ginger Beard and her husband Rusty of Colorado, Todd Rosch of New York, Anthony and Jennifer Carangelo of Hamden and Brian Rosch of California as well as four great-grandchildren. She was predeceased by two brothers and five sisters. A funeral service will be held on Monday, March 2 at 10:00am at St. John Episcopal Church, North Haven. Burial will follow at Centerville Cemetery in Hamden. Relatives and friends may call at the BEECHER & BENNETT Funeral Home, 2300 Whitney Ave., Hamden on Sunday, March 1 from 3-5pm. In lieu of flowers contributions may be made to the Clelian Center, 261 Benham St., Hamden, CT 06518.