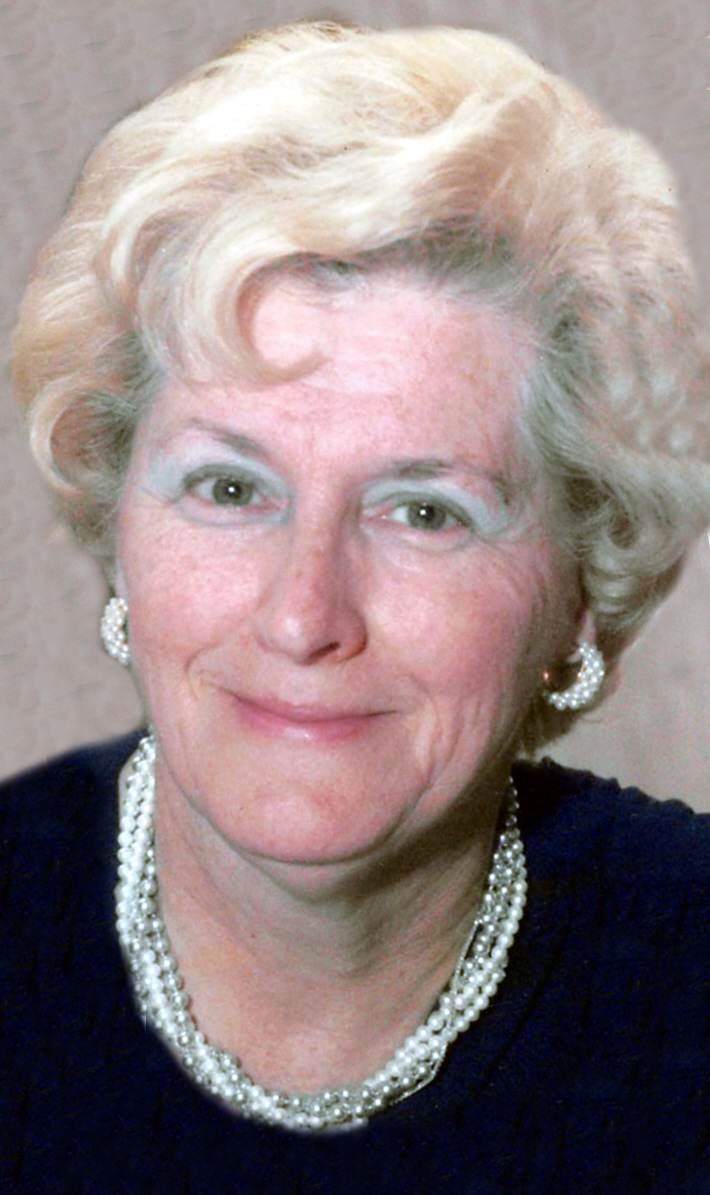 Virginia Butler Calistro, 96, passed away peacefully at home in Woodbridge June 9, 2021, leaving behind a large and loving family and a legion of friends and admirers.  Virginia was born January 8, 1925 in New Haven. She was the daughter of the late Jessie McDaniel and James Bruce Butler of West Haven, and, along with her sister, the late Jessie Butler Throm and her brother, the late James Butler, attended West Haven public schools, graduating as valedictorian of West Haven High School in 1943. Virginia attended the University of Connecticut, where she lettered in women’s basketball and, more importantly, met her late husband, Joseph Roger Calistro, a dashing airman newly returned from England. Virginia graduated summa cum laude in 1947, and immediately threw herself into what was to become an exceptionally long and successful career in education.

Virginia and Joe were married in West Haven in 1949, and they spent most of their 65 years together as residents of Woodbridge, which they grew to love dearly. Along with “Papa Joe,” Virginia raised and is survived by three children: Virginia “Debbie” Culligan (Patrick) of Woodbridge, Roger Calistro (Kathleen Foster) of Meriden, and Cara Calistro (Ollen Dupree) of Bowie, MD, as well as eight grandchildren: Rachel Acevedo (Victor), JP Culligan (Andi Crist), Daniel Culligan, Dominic Calistro (Emily), Virginia Calistro, Casey Culligan, Mya Dupree, and Elijah Dupree, four great grandchildren, and many beloved Butler and Calistro nieces and nephews. At the end of her life, Miss Ginny received special care and attention from Murley Barnaby and Nancy Sanca, both of whom became very dear to her and to the family.

Early in her teaching career Virginia became known as “Miss Ginny” to one and all. In the early sixties she ran a precursor to Head Start, a Neighborhood Improvement Project in Fair Haven. Recognizing her true calling as a preschool teacher Virginia then went on to establish Cabbage Hill Country School in 1963, a uniquely charming place that she operated for 46 years in the little red schoolhouse located behind her home. Cabbage Hill became the great passion of Miss Ginny’s life, and through it she imbued generations of children with a love of learning.

“Miss Ginny” was a true extrovert, and in her inimitable and stylish way, was thoroughly involved in all of life around her. She was a devoted communicant of the First Church of Christ Woodbridge, where she served as a deacon, sang in the choir, and chaired many committees. She was active in the League of Women Voters for many years and supported her husband’s distinguished career in local government. She was chair of the Woodbridge Library Commission and served on the Mental Health Board. Having successfully lost weight as an early adherent to the Weight Watchers program, Miss Ginny went on to become a popular Weight Watchers lecturer. One of her great joys was marrying couples as “Judge Ginny”, a Justice of the Peace.  At the age of 85, she began participating in a Yale gerontological research program. In conjunction with Joe’s career in international engineering project management, the couple travelled extensively, particularly in Africa. Of course, the effervescent Miss Ginny was a sports fan, cheering for the Yankees and the UConn Huskies, and never missed a party or an event. In 2019 the Town of Woodbridge named Miss Ginny one of its Living Treasures. Right up until the outbreak of Covid, Miss Ginny was an engaged participant in activities at the Woodbridge Senior Center and the Clelian Center in Hamden.

A Memorial Service will be held at the First Church of Christ Woodbridge, 5 Meetinghouse Lane, on June 14, 2021, at 11 a.m. All friends and family are welcome. Those persons who are two weeks post-Covid vaccination may attend without masks. All others should plan to wear masks. In lieu of flowers the family asks that donations be made to the First Church of Christ Sanctuary Fund, 5 Meetinghouse Lane, Woodbridge or online at www.uccw.org. Arrangements are in care of Beecher & Bennett Funeral Home.