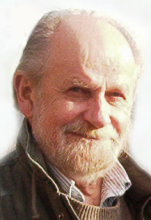 Wadim Batorewicz, PhD, age 82, of Woodbridge, CT and formerly of New Haven, CT passed away at home after a brief illness on Monday, March 20, 2017. Born on November 7, 1934 in Lviv (renamed Lvov in Russian) in western Ukraine near the Polish border and briefly annexed to Poland between WWI and WWII, he was the son of the late Konstanty and Antonina Batorewicz. He was predeceased by his former wife Valerie Batorewicz. Wadim immigrated with his parents to the United States as a teenager during a tumultuous time in history via Belgium to New York City, and later to St. Paul, Minnesota. After serving in the United States Army and attaining the rank of sergeant, Wadim attended and graduated from the University of Minnesota with a PhD in Chemistry. Upon moving to New Haven, he began an esteemed career as a senior research scientist at Uniroyal Chemical Company (later Chemtura Corporation), and was the recipient of many patents in the area of industrial polymer research. Later he was involved in the development of innovative agricultural chemicals, where he specialized and was an expert in the development of breakthrough methods in chromatography and spectrometry for the detection of toxic contaminants at ultra low levels in the environment. Perhaps Wadim is best remembered by his many friends and acquaintances for his love of skiing, tennis, fishing, and hiking in the White Mountains. As a former member of the New Haven Ski Club, Wadim was recognized for his service of many years to the ski club lodge at Mount Snow, VT. Later, as a fixture on the ski slopes of Mount Snow, he could be seen smoking his pipe and enjoying the outdoors with friends. He was truly one of a kind. As was his wish, there will be no formal memorial service. Wadim is survived by his 'adopted family' Margaret, Carl, Caroline, and Gunnar Gottschalk and a host of longtime friends. The Gottschalk family would like to thank the staff of Coachman Square at Woodbridge for their friendship, care, and support of Wadim, as well as Constellation Home Hospice. BEECHER & BENNETT, 2300 Whitney Ave., Hamden in care of arrangements.