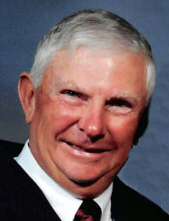 Walter Andrew Haesche, 77 of North Haven, passed away on Friday, June 8, 2018 at his home. Walter was born in New Haven on December 30, 1940, a son of the late Walter Henry Haesche & Margaret (Andrews) Haesche. He was the beloved husband for 55 years of the late Marianne E. (Paolillo) Haesche, his childhood sweetheart that he met at the age of 15, and dearly missed since her passing. Walter was the Owner / Operator of the former Parkway Texaco in Hamden. He went on to be a Service Advisor for several local dealerships and subsequently owned Walt's Lawn Service. He is survived by his children, Walter 'Butch' Haesche & his wife Janet, Michael Haesche & his wife Marianne, William Haesche & his wife Jennifer and Melissa Lillis & her husband Paul; grandchildren Gwenyth & Grace Haesche, Aidan, Christian & Aubrey Haesche and Molly & Kaley Lillis. Walter also leaves nieces, nephews and several friends. He was predeceased by his grandson Christopher Robert Haesche. Walter was an avid reader and hockey enthusiast. He enjoyed fishing and spending time with his granddaughters Molly & Kaley. Friends may visit with his family at BEECHER & BENNETT FUNERAL HOME, 2300 Whitney Ave, Hamden on Thursday, June 14th from 9:30 to 11:30 AM, prior to his Prayer Service which will begin at 11:30 AM. Burial will follow in Centerville Cemetery.