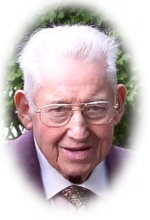 Walter A. Parmelee, lifetime resident of Hamden, Conn., passed away peacefully, Saturday, March 10, 2007 at Yale New Haven Hospital. Born in New Haven on March 22, 1918, he was a son of the late Agnes and Daniel Parmelee. Walter was a WWII army veteran who enlisted and bravely served for nearly five years in the south Pacific, receiving the Purple Heart and Bronze Star. He was a founding member of Dunbar United Church of Christ, actively serving for over 50 years. He enjoyed looking after people's well being, as he was a retiree after 30 years with the New Hampshire Insurance Co (later AIG) and could be heard on many occasions reminding people to be careful. Walter was passionate about sports-he was an avid bowler, golfer and softball player-and took great joy in watching sports, especially the UCONN women's basketball team, when he was no longer able to play himself. He was proud to have seen the Boston Red Sox win the World Series after a lifetime of being a dedicated fan. He also enjoyed playing his guitar and took great joy in storytelling, especially with his grandchildren gathered around him. He was a generous, loving man of integrity who will be missed by all who knew him. Walter loved his family and took great pride in each and every member. He is survived by his loving and devoted wife of 62 years Pauline (Polly). He was the brother of Arthur O. Parmelee and his wife Gisela of Fort Pierce, FL, and Marion Costello of Benicia, CA. He is also survived by twin sons Dennis Parmelee and wife Ruth Ellen and David Parmelee and wife Shirley, and daughter Cindy Maris and husband Mark of Nashua, NH, grandchildren Jennifer Childs and husband Christopher, Allison Parmelee and husband Joel Waggener, David W. Parmelee, and Lizzie Maris, and great-grandson George Childs. Friends may call Tuesday, March 13, 5 to 7 pm at Beecher and Bennett, 2300 Whitney Ave., Hamden. Funeral service will be held at Dunbar United Church of Christ, 767 Benham St., Hamden, on Wednesday, March 14 at 11 am. Burial immediately following service at Beaverdale Cemetery, New Haven. In lieu of flowers, donations may be made to the Walter A. Parmelee Memorial Fund at Dunbar United Church of Christ.