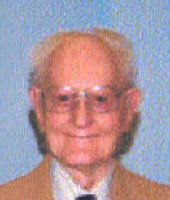 Currier, Walter F. Walter F. Currier, Ret. Chief US Navy, of West Haven, passed away July 27, 2008 at his residence surrounded by his family. Walter was the husband for 62 years of Evelyn A. Drehs Currier. A longtime resident of West Haven, Walter was born in Rockville, CT on Jan. 7, 1923, a son of the late William and Olga Yanke Currier. Besides his wife Walter leaves a daughter Gail Evarts and grandsons Jason & Eric Evarts all of Newington. He was predeceased by a sister Helen Linsley and brothers William & Wallace Currier. After a 30 year career with the US Navy, Walter also retired from the St. of CT Dept. of Transportation after 25 years of employment. Walter was a member of Hiram Lodge # 1 AF & AM . A Funeral Service will be held Friday, Aug. 1, 2008 at 10 AM in BEECHER & BENNETT- TAYLOR Funeral Home, 410 Campbell Ave. West Haven. Burial with Military Honors will follow in Beaverdale Memorial Park, Hamden. Friends may call at the funeral home Thursday from 5 to 8 PM with a Masonic Service being held at 7 PM. Memorial contributions may be made to : Masonic Charity Foundation of CT, - P.O. Box 70 Wallingford, CT 06492 or to : Grand Chapter of CT OES, Cancer Research- P.O. Box 143 Plymouth, CT 06782.