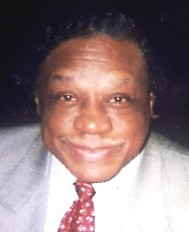 Walter F. Hammie, affectionately known as Freeman, was born to the late Stanford and Katherine Turner Hammie on March 24, 1937 in Oxford, NC. He departed this life on September 16, 2020 at Yale-New Haven Hospital. Freeman was the oldest son of 8 children. He graduated in 1956 from Mary Potter High School in Oxford. Following graduation, he moved to Connecticut in the 50’s in pursuit of better opportunities. After marrying Carrie Shepherd they settled in New Haven, where this past March they celebrated 59 years of marriage. Freeman owned and operated the Reliable Liquor Shoppe and a tax service for 40+ years. Freeman enjoyed playing tennis and was a member of the African American Northeastern Tennis Association. Always an advocate for servicing his community, he often donated and sponsored many civic organizations. He was dedicated to his Mary Potter classmates and friends. Besides his wife, Carrie Hammie, Freeman leaves to cherish his memory his son, Terry Hammie (Marie-deceased); daughters, Monica Hammie-Richardson, Catherine Hammie, and Sheila Hammie; brothers, Charles Hammie (Gloria), Ronnie Hammie, and Lonnie Hammie; half-sister Valerie Lyons; grandchildren, Kiana Richardson, Wayne and Walter Whyte, Adam Compton, Darren and Derek Moseley; aunt, Emma Shepherd; and a host of loving nieces and nephews. Along with his parents, Freeman was preceded in death by his sisters, Shirley Wright and Clara Parker, and brother, Johnnie Hammie.

Friends are invited to visit BEECHER & BENNETT FUNERAL HOME, 2300 Whitney Ave., on Friday, September 25th from 9:00 to 11:00 a.m.  A Funeral Service will continue in the funeral home at 11:00 a.m. followed by his burial in Evergreen Cemetery.  In lieu of flowers, donations in Walter’s memory can be made to the United Negro College Fund, www.UNCF.org.