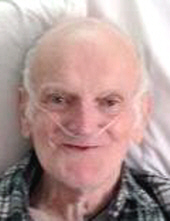 Walter Fergus Maffeo, 82, of Wallingford, passed away peacefully after a brief illness June 1, 2019 at the West Haven Veterans Hospital. Walter was a 1954 graduate of Hillhouse High School and attended the University of Connecticut and Fairfield University prior to being inducted into the US Army, where he served three years in Fort Bliss, Texas, and the Marshall Islands as a Spec Tech 4. He retired from the US Postal Service in Wallingford after seventeen years as a Mechanical Specialist in high-speed equipment. Prior to his joining USPS, he worked as a Tech Analyst in Off-Track Betting in New Haven. Walter was predeceased by his parents, Thomas Benjamin and Loretta Ferguson Maffeo (who worked at NYNHRR and Grace New Haven Hospital Dietary Division, respectively) and an infant brother, Ronald A. Maffeo. He is survived by his brother; Thomas Maffeo and his wife Marvis, of Bel Air, MD, and nieces; Kathleen Tillman, Michelle Fehrmann, and Caroline Alexander, as well as great-nieces and nephews; Bill, Chandler, Brenna, Misha, Kitty, Phoebe, and Taytum. A private burial service was held June 3, 2019 at Beaverdale Memorial Park. The family is grateful for the exceptional care by the doctors and nurses at the VA Hospital as well as the noteworthy service provided by the funeral home. Arrangements were in care of BEECHER & BENNETT, 2300 Whitney Ave., Hamden.