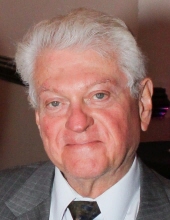 Walter H. Schenck, 77, loving husband of Gay Alexander Schenck, passed away on September 6, 2018. He was born in Passaic, NJ on October 6, 1940 to the late Walter and Clara Crabtree Schenck. Along with his wife, he is survived by his sons Jonathan Schenck and his wife Stephanie Benziger, and Adam Schenck and his wife Spenta Cama, his brother Robert W. Schenck, and grandchildren Andrew, Christopher, Feroze, and Zahra Schenck. Walter received his first Master's Degree from the Boston University School of Theology, then his second in Urban Studies from Southern CT State University. After serving as a local minister for several years, he went on to work as the campus minister for Cleveland State University, SCSU, and the University of Pennsylvania. He then worked for the National Mission Board of the United Methodist Church for many years until his retirement. Friends are invited to attend a Memorial Service celebrating Walter's life on Tuesday, September 11 at 11:30 am in The First Presbyterian Church, 704 Whitney Ave., New Haven. Interment will be held privately in New Jersey at a later date. Memorial contributions in Walter's memory may be made to Smilow Cancer Hospital by donating to Closer to Free: Office of Development, Yale-New Haven Hospital, P.O. Box 1849, New Haven, CT 06508, or to Doctors Without Borders USA, P.O. Box 5030, Hagerstown, MD 21741.