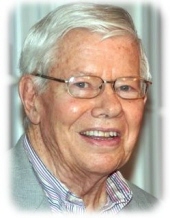 Walter Leslie Allison, Jr., 81, of Hamden, CT, known to all as Les, died February 23, 2008, at Yale-New Haven Hospital, surrounded by his family. Mr. Allison was born July 31, 1926 in Landour, India, to Presbyterian missionary parents, Grace (Fleck) and Walter Leslie Allison, and lived in India until his high school graduation from The Woodstock School in Mussoorie, in 1942. Upon coming to the United States that year, he attended Washington & Jefferson College in Washington, PA, where he received his BA in Mathematics. He served in the U.S. Air Force from 1945-1947 and then returned to college, graduating from the Massachusetts Institute of Technology, Cambridge, MA, with both bachelors and masters degrees in chemical engineering. He married Margaret (Peggy) Bowers in 1953 and worked for the Olin Corporation in its Chemical and International Divisions, in New York City and Connecticut for his entire 38-year career. He spent his working life living in North Haven and New Canaan, CT, and retired with Peggy to live at Eastman, in Grantham, NH, before moving to Whitney Center in Hamden, in 2005. In addition to his wife, Mr. Allison is survived by his four children and their spouses and seven grandchildren. They are Shelley Allison, her husband, Mark Flieger and their son, Ross Flieger-Allison, all of Scituate, MA; Sandy Allison, her husband, Jim Horwitz, and their children, Ben, Allie and Evan Horwitz, all of Woodbridge, CT; Lee Allison (Walter Leslie, III) of Chicago, IL; and David Allison, his wife, Lisa, and their sons, Schafer, Reese and Scott of Cincinnati, OH. He is also survived by his sisters, Anna Lesta Skalak, of San Diego, CA, and Jean Van Horne, of Chicago, IL, and numerous nieces, nephews, and their families. Mr. Allison's life was deeply influenced by his early life in India, prompting his work in Olin's International Division that enabled him to travel extensively for business, primarily to Japan, South Africa and South America, frequently accompanied by his wife. His interests and talents were many and diverse. He was known for his intellect and encyclopedic knowledge, especially of scientific and technical topics, but he was also artistic, musical and a handyman, carpenter and tinkerer. He was active in Congregational churches everywhere he lived and especially enjoyed singing in the choir. He will be remembered for his dry wit, his love of crossword puzzles and brainteasers, his impromptu sketching and his intellectual curiosity. He will be deeply missed by the many people whose lives he enriched and made whole. A Memorial Service will be held on April 12th at 11 a.m. at the Spring Glen UCC in Hamden. BEECHER & BENNETT, 2300 Whitney Ave., Hamden in care of arrangements. Memorial contributions in Les's name may be sent to Friends of Woodstock School, Dept. #719, P.O. Box 34935, Seattle, WA 98124-1935 or to The Community Foundation for Greater New Haven, 70 Audubon Street, New Haven, CT 06510.