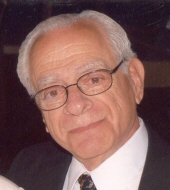 Walter Moss Frankenberger, Jr., 83, beloved husband of 56 years to Mary Alice Johnson Frankenberger, of New Haven, passed away on May 29, 2010 surrounded by his family. He was born in New Haven on June 27, 1926 to the late Walter M. and Harriet Ettinger Frankenberger, Sr. Besides his wife, Walter is survived by his two daughters, Caryl Frankenberger of Branford and her husband Ted Backes, Jane Frankenberger of Branford; son Walter (Terry) Frankenberger III of New York City and his partner David Oh; grandchildren, Benjamin and Cameron Backes and Rebecca and Jenna Vitale all of Branford. Walter is a graduate of Phillips Exeter Academy and Yale University . He was employed for a short time at Union Carbide in West Virginia before spending the next 47 years with Uniroyal Chemical Company in Naugatuck as a chemical engineer as well as in management. He was president and board member of the Naugatuck United Fund, president and board member of Spring Glen Schools PTA , president of Ridge Top Club, a founding member and president of Temple Emanuel, and president and board member of Prospect Gardens Condo Association. Walter also volunteered on the YNHH cardiac floors and at the Creative Arts Workshop Library. A Memorial Service will be held at BEECHER & BENNETT, 2300 Whitney Ave., Hamden, on Thursday, June 3rd at 11:00 a.m. Burial will be private. Contributions in Walter's memory may be sent to CT Hospice, 100 Double Beach Rd., Branford, CT 06405 or Phillip's Exeter Academy, 20 Main St., Exeter, NH 03833-2460.