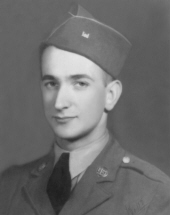 Walter R. Pohlman, 90, of Crestview, FL formerly of West Haven, died on May 9, 2010 with his daughters by his side. He was born in New Haven on October 11, 1919 to the late Harry and Hannah Block Pohlman. Walter leaves his two daughters, Peggyann Calderwood and her husband Clifford of Crestview, FL, and Donnajean Pohlman and her husband Ronald Paquette of Albion, ME; brother, William Pohlman and his wife Roberta of Davidsonville, MD; former wife Cecelia McCabe of Melbourne, FL; six grandchildren, Clifford Calderwood, Jr. of Milton, FL, Keith Calderwood of Honolulu, HI, Randy Paquette of Lizella, GA, Bethany Cote of China, ME, Jana Huang of San Carlos, CA, Aaron Paquette of Kissimmee, FL, and their families, 13 great grandchildren, and one great great grandchild and a special angel Brittany who spent many hours loving and caring for her great grandfather. He was preceded in death by his brothers Harry and Carl and special friend Edna Pobihun. Walter honorably served in the US Army during WWII serving in the European, African, and Middle Eastern Theaters with the 1st Armored Division after 'winning' the first draft lottery in 1940, and returning with a contraband puppy named C-Rations. Upon returning to civilian life, he worked as a route salesman for Monarch Laundry in New Haven for 30 years. He was a kind and loving man who loved EVERYTHING chocolate. We thank the residents and staff at Shoal Creek Nursing Home and Covenant Hospice of Crestview for all of their love and care. A Funeral Service will be held at BEECHER & BENNETT- TAYLOR FUNERAL HOME, 410 Campbell Ave., West Haven on Saturday, May 15, 2010 at 10:00 a.m. Friends may visit with the family from 9:00 to 10:00 a.m. Internment with Military Honors will be in Evergreen Cemetery, New Haven. Contributions in Walter's memory may be sent to The Salvation Army, 301 George St., New Haven, CT 06511.