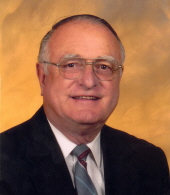 Walter Ronald Kenney, of Bethany, passed away on Monday, July 28, 2014 at Arden House. He was born in New Haven on October 1, 1933 to the late Walter Iver Kenney and Svea Elvira (Fagrell) Kenney. He was the husband of his high school sweetheart, Priscilla Blake (Smith) Kenney. They were married on June 28, 1958 at The Church of the Redeemer in New Haven. He attended New Haven schools and graduated from James Hillhouse High School in 1952. He attended New Haven Teacher's College (now SCSU) before serving in the U.S. Navy during the Korean Conflict. After the service he completed his education at the University of Connecticut. Walter was employed by the CT State Department of Transportation as a Landscape Architect and Designer for 40 years, prior to his retirement in 1991. He was active in Day Spring Masonic Lodge #30 AF&AM in Hamden, where he rose to become Master and then served as Treasurer for a number of years. He also belonged to Lafayette Consistory-Scottish Rite in New Haven. Walter took great pride in his wife and sons, his home, and how he led his life. Besides his wife Priscilla, he is survived by his two sons, Walter Glen Kenney and his wife Lori and their two daughters, Samantha and Madison, all of Simsbury and his son Warren Walter Kenney and his wife Cristina of Naugatuck. In addition, he leaves his sister, Constance Svea Caswell and her husband Philip Caswell III of Jupiter, FL; sister-in-law Barbara Smith Anderson of Upper Marlboro, MD; two nephews, Ward S. Caswell and Douglas R. Anderson; a niece, Valerie E. Anderson and their families. He also leaves two Godsons, Douglas R. Anderson and Alan A. Frederickson, and many very special friends and wonderful neighbors. He was predeceased by his brother-in-law Robert A. Anderson. In lieu of flowers, memorial contributions may be sent to the Masonic Charity Foundation of Connecticut, P.O. Box 70, Wallingford, CT 06492, or American Diabetes Association, 2080 Silas Dean Highway, 2nd Floor, Rocky Hill, CT 06067. There will be no calling hours. Burial will be Private in North Haven Center Cemetery. BEECHER & BENNETT, 2300 Whitney Ave, Hamden in care of arrangements.