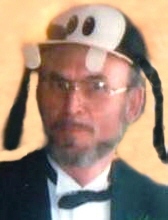 Walter W. Dohna, 76, of West Haven, passed away peacefully on Friday, January 20, 2017 at Yale-New Haven Hospital. He was the beloved husband of Karen Smith Dohna for 48 years. He was born in New Haven on April 9, 1940. Walter worked for many years as a tire builder for Armstrong Rubber Co. in West Haven and then later retired from Sargent Manufacturing Co. in New Haven. He was an extremely avid fan of the Boston Red Sox and also loved the New York Giants. Besides his wife Karen, Walter is survived by his son Walter Dohna Jr. and his wife Gina; his grandchildren Justin and Kayla Dohna; his sister Jean Dohna; and his brother Richard Dohna and his wife Ann. He also leaves behind his brother-in-law Noel Smith and his wife Diane; sister-in-law Jean Smith; and many nieces and nephews. Relatives and friends are invited to attend Walter's funeral service on Tuesday, January 24, 2017 at 11:00 a.m. in BEECHER & BENNETT-TAYLOR FUNERAL HOME, 410 Campbell Ave., West Haven. Visitation with Walter's family will take place Monday, January 23, 2017 from 5:00 to 7:00 p.m. in the funeral home. Burial will follow in Beaverdale Memorial Park, New Haven. Memorial donations in Walter's name may be made to the Wounded Warrior Project, PO Box 758517, Topeka, Kansas 66675-8517.