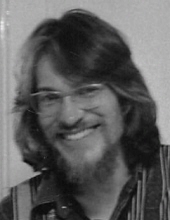 Walter Williams Greist, 74, of North Haven, passed away unexpectedly at his home on March 25, 2019. He was born in New Haven on October 31, 1944 to the late Norman and Dorothy Russ Greist. Walter leaves his loving children Jesse Greist (Sandra) of Hamden and Arjuna Greist (Trystan) of Greenfield, MA, their mother Ellen Greist, grandchildren Cedro Yoann Greist Salazar, Bismark Greist (Nicole Fellows), and Zimri Marl Seeger Greist, sisters Mary Lanius (Ross), and Margaret Grant (Steve), and brother David Greist. He is predeceased by his beloved son Cedar Daniel Greist and brother Allan Greist. Walter attended North Haven schools, then went on to Colby College in Maine. After graduating with a BA in Sociology, he joined the Peace Corps with his wife Ellen and served in India for nearly 3 years, living and working in the town of Kapurthala, Punjab state. They also traveled throughout the subcontinent, with their most memorable journey being a visit to the Tibetan refugee community in Dharamsala. The experience of being a Peace Corps volunteer stayed with Walter for the rest of his days; he had gained a deep affection and respect for India and her people, cultures, languages, cuisine, and perhaps most especially, excellent chai. He had a lifelong interest in Eastern religions; his personal philosophy was strongly informed by the teachings of Zen master Shunryu Suzuki, Hindu poet Rabindranath Tagore, and the Dalai Lama of Tibet, with whom he was honored to have an audience during his time in Peace Corps. Back in the US, Walter went on to receive a Master's degree in Anthropology from the University of Kentucky, during which time he and Ellen started their family. Upon returning to North Haven, Connecticut in 1980, Walter built the house he was to live the rest of his days in, and started a farm, Mill River Valley Gardens. He was the first in New England actively involved in Community Supported Agriculture (CSA), pioneering a way of operating which has become extremely popular for small family farms throughout the country. At its height, Mill River Valley Gardens had over 80 shareholders, many of whom spent spring and summer afternoons working on the farm. MRVG ceased formal operations in 2010, when Walter retired. However, he remained an active member of the Northeast Organic Farmers Association, NOFA. He was passionately devoted to the land which he called home for his entire life, from his reckless youthful nights running barefoot through the woods with siblings and friends, to his decades of growing all manner of organic food-from arugula and bok choy to tomatoes and zucchini-in the soil. He remained forever devoted to respecting the ecosystem and preserving open space. We will miss his subtle, dry sense of humor, his love of music which never really left the 60s, and his gentle laugh. Wherever he went, he planted seeds. A Memorial Service celebrating Walter's life is to be held at Mill River Valley Gardens on June 28th, at 5 PM. Memorial Contributions in Walter's memory may be made to www.ctnofa.org.