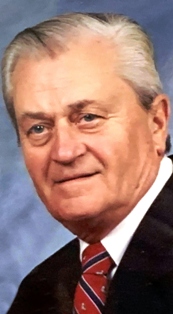 Warren T. Kelley, Jr., 90, a resident of Elim Park in Cheshire, passed away on November 28, 2021. He was born on September 26, 1931 and was the son of the late Warren T. Kelley, Sr., and Barbara P. Kelley. In May he was predeceased by his beloved wife of 67 years, Karen Ekblade Kelley.
He is survived by his two sons, one daughter and their spouses: Thomas P. Kelley (Deb) of West Hartford, Peter J. Kelley (Elise) of Branford, and Janet K. Hurd (Philip) of Lexington, MA. Warren was loving grandfather to nine grandchildren and their spouses: Ryan Kelley (Julie), Austin Kelley, Kate Boltz (Tobin), Erin Emerson (Martin), Ashley Flynn (Sean), Katelyn Beaulac (Raymond), Audrey Hurd, Grace Hurd, and Annie Hurd, as well as great-grandfather to Alice, Henry, and Thomas Kelley, and Charles and Lena Flynn. He is also survived by a brother-in-law, Herbert Ekblade, and his spouse Gail, of Branford.
Warren graduated from Hamden High School, was an Eagle Scout, and proudly served in the US Navy from 1953-1955. In his early career, he was a skilled finish carpenter, and enjoyed woodworking throughout his life. He was later employed by the New Haven Railroad, Conrail, and Metro-North for many years before his retirement to Cape Cod in 1993. He and Karen enjoyed the ocean, beach, birding, walking and the many wonders of the Cape. Warren spent his early years growing up in Dennisport, MA near the Bass River and was the thirteenth generation of Kelleys to live in that beautiful area, passing on his great love of the Cape to his children and grandchildren.
His family would especially like to thank Hanna, Helen, Inga, and Yelena for providing endless love and support. In his final months, The Connecticut Hospice team was a wonderful caring resource.
Family and friends are invited to attend the burial ceremony at 11:30 on Thursday, December 2, at Beaverdale Memorial Park, 90 Pine Rock Ave., New Haven, CT. In lieu of flowers, a memorial contribution may be made to the Dennis Historical Society www.dennishistoricalsociety.org, or to Connecticut Hospice at www.hospice.com. Arrangements are in care of Beecher & Bennett Funeral Home.