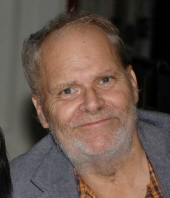 Wayne Frederick Lendroth passed away peacefully on Wednesday, January 5, 2011 at the Hospital of St. Raphael. He was born in Meriden on August 4, 1945, the oldest of six children, to the late Frederick and Emma Becker Lendroth. Wayne worked for Conrail Railroad as a Signal Maintainer. He was also a longtime school bus driver for the Town of Hamden Public and Parochial Schools. He was a Veteran having proudly served our country in the United States Navy during the Vietnam Conflict. He enjoyed the New England Patriots and the Boston Red Sox, he was an avid model railroader & train enthusiast. Wayne will be remembered as a fun loving person, a devoted son and a loving brother. Wayne is survived by his brothers and their wives, Mark and Martha Lendroth of North Haven, Jeffrey and Kristen Lendroth of Hamden, Philip and Joann Lendroth of New Haven; sisters, Patricia Lendroth of Hamden, and Virginia Dias and her husband Victor of Hamden. He was also blessed with many nieces and nephews. Wayne's family would like to thank; Doctor Finkelstein and his staff, and his Guardian Angels, Kathy and Wendy for the wonderful care and comfort given to Wayne and his family. A Memorial Service will be held at BEECHER & BENNETT, 2300 Whitney Ave, Hamden, on Monday, January 10th at 10 a.m. followed by a burial with Military Honors at Beaverdale Memorial Park. Friends may visit with his family on Monday morning from 9 to 10 a.m. In lieu of flowers contributions in Wayne's memory may be sent to the National Kidney Foundation, 30 East 33rd Street, New York, NY 10016.