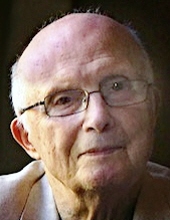 Welles Treat Brandriff, husband of Maria (Kukil) Poirier Brandriff and son of the late Milton and Gertrude Brandriff, died peacefully on October 22, 2019 at the Connecticut Hospice in Branford at the age of eighty, after a rapid decline due to numerous medical complications. Born March 3, 1939 in New Haven, Welles grew up in Branford where he graduated from Branford High School in 1957. He completed undergraduate studies at Bates College and the University of Connecticut before joining the United States Air Force to attend Officer Training School at Lackland Air Force Base. A Vietnam Era veteran, Welles spent seven years on active duty achieving the rank of Captain and served as an aircraft maintenance officer, most notably in Okinawa from where he flew numerous missions into Vietnam. Following his Honorable Discharge from the Air Force, Welles resumed his studies and earned an MBA from the University of New Haven and a teaching certificate from Southern Connecticut State University. His professional life included twenty years at Yale University as a financial manager followed by teaching high school business classes, first in Waukegan, Illinois, and finally at Fitch Senior High School in Groton, Connecticut. Welles's tenure at Fitch was ended in 2008 by a debilitating stroke from which he never physically recovered. However his spirit, humor and love of life prevailed and served as inspiration for all who knew him. Already an accomplished pianist, Welles doubled down and taught himself to play complex pieces with one hand, enthralling his audiences, especially at Summerkeys, an annual music retreat in Lubec, Maine, which was the highlight of his summers. During this period, Welles surrounded himself with books on history and theology, wrote several historical novels and contributed numerous articles to History Magazine. Welles is survived by his beloved wife Maria, along with his two daughters Lisa Brandriff and Leigh Fitzpatrick, and his sister Gail Tarantino. He also leaves stepdaughters Ana and Sophia Poirier, Stephanie Disco and Marcie Maler, stepson Michael Santagata, sons-in-law Neal Fitzpatrick and Andy Pagana, grandchildren Ginger and Jack Fitzpatrick, nieces Jennifer Hoffman and Jodi McElroy, and first wife Dorothy Mott Brandriff. A man of strong Christian faith, Welles's favorite advent hymn was 'O Come O Come Emmanuel.' O come, Thou Day-Spring...Come and cheer our spirits by Thine advent here...Disperse the gloomy clouds of night and death's dark shadows put to flight. Friends may visit with his family at BEECHER & BENNETT FUNERAL HOME, 2300 Whitney Avenue, Hamden, on Friday, November 15th from 5:00-8:00 p.m. A memorial service will be held at Trinity Episcopal Church on the Green, 230 Temple Street, New Haven, on Saturday, November 16th at 11:00 a.m. In lieu of flowers, donations in Welles's memory may be made to the Connecticut Hospice, 100 Double Beach Rd., Branford, CT 06405, or the Maine Coast Heritage Trust, 1 Bowdoin Mill Island, Suite 201, Topsham, ME 04086.