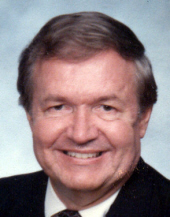 Wendell Howard Piehler, 71, of New Haven passed away on Sept. 10, 2008 at CT Hospice, Branford after a lengthy battle with cancer. Beloved husband of Nancy Nyren, he is also survived by a brother, Harold Piehler of Lawrence, KS, a Mother-in-Law, Inez Nyren, a Brother-in-Law, Harold Nyren and 7 nieces and nephews. Born in Lyons, KS, he graduated Summa Cum Laude with Honors in Organ from Southwestern College in Winfield, KS in 1958. Subsequently, he received a Master's Degree in Music from Yale in 1960 and later an MMA. In 1985, he earned a PhD in Music History from the University of Connecticut. While studying at Yale, he served as Assistant University Organist and his commercial recording (Lyrichord), was the first produced on the Woolsey Hall organ. He served as organist at St. Andrew's Episcopal Church in New London, NH while he was on the music faculty of Colby Sawyer College. Returning to New Haven, Dr. Piehler held the position of Office Manager, Office of Development, Yale Medical School. He served as organist at Temple Mishkan Israel in Hamden for nearly 4 decades and was organist and choir director at St. Peter's Church in Cheshire for 10 years, United Church on the Green in New Haven, Salem Lutheran Church in Bridgeport, Whitneyville Congregational Church in Hamden and performed at many other churches in the area. Dr. Piehler has been a member of Trinity Church on the Green in New Haven for nearly 2 decades, during which time he has served 2 terms on the vestry and been an active participant in the Trinity Players, House Church, the Music Committee, and numerous other committees and groups. He was also a Patron of the Metropolitan Opera in New York and has enjoyed many trips abroad and to various parts of the United States. In his youth, he served in the Air National Guard. Funeral service will be held at Trinity Church on the Green in New Haven at 12:30 PM on Sat., Sept. 20 with a reception to follow in the undercroft. Burial in Lyons, KS will be on Wed., Sept. 24. Donations in his memory may be made to Trinity Church on the Green, 129 Church St., New Haven, CT 06511 OR to Congregation Mishkan Israel, 785 Ridge Rd., Hamden, CT 06517. Arrangements have been entrusted to BEECHER & BENNETT, 2300 WHITNEY AVE., HAMDEN.