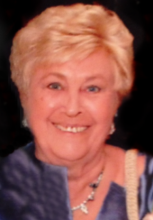 Wera K. Pagliaro, 82, entered into eternal rest on December 21, 2015 at the VIP Care Pavilion in Margate FL. She was a long time resident of North Haven and Cheshire. She was the loving and devoted wife of Salvatore A. Pagliaro. She was born in Moscow, Russia, September 13, 1933. She was the daughter of the late Simon and Rosa Isenzager Kaschtschejew. Wera was employed for many years by the Nutile Bus Company in North Haven as a bus driver and at RobbyLen in New Haven as a seamstress. In her earlier years she had been an active member of St. Nicholas Russian Orthodox Church in Stratford. Wera was a member of the H.S.V. Bavarian Schulplatters Dance Troup which performed throughout the United States. She was the beloved mother of Rosalinda (George) Dahlberg of Charlotte, NC; Salvina Ruggiero of East Hampton; Laura (Gary) Miller of Hamden; and Vera (Michael) Geremia of Durham. Wera was a cherished grandmother to Jessica (Justin) Koers, Michelle, Nicole, and William Dahlberg; Amanda, Richard, Jr., Nicholas Ruggiero; and Stephen Geremia. Her family especially thanks the staff at VIP Care Pavilion and Hospice for the wonderful care they provided. Friends may visit with her family Sunday Dec. 27, from 3-5 pm at BEECHER & BENNETT 2300 WHITNEY AVE. HAMDEN and are invited to attend her funeral service in the funeral home Monday Dec. 28 at 10 am officiated by Rev. George Lardas from St. Nicholas Russian Orthodox Church. Interment will follow in Evergreen Cemetery, New Haven. Donations in Wera's memory may be made to the Cystic Fibrosis Foundation, 6931 Arlington Road, 2nd floor, Bethesda, MD 20814.