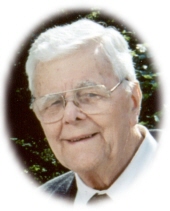 Werner P. Zukunft, Ret. Lt. Col. USAF, age 88, of Hamden, passed away peacefully November 27, 2008 at his home. Werner is survived by his wife of 65 years, Virginia Kaercher Zukunft; his daughter Gretchen Zukunft; his son Karl W. Zukunft; his 3 grandchildren, Alexandra, Karl & Nicholas Zukunft; sister in-law Marge Zukunft of NC; niece Karen (Jim) McGuiness of NC; nephews RDML USCG Paul (Fran) Zukunft of CA & Erich (Nadine) Zukunft of No. Branford and close friends Patricia & Amanda Garcia and William & Stacy Ullman. Born in Hamburg, Germany on April 7, 1920 he was a son of the late Fritz & Ella Laine Zukunft. He was also predeceased by his brother Carl Zukunft & brother in-law Pvt. Carl Kaercher. Werner became a US citizen in 1929; he enlisted in the USAF during WWII and served as a navigator on a B-17. His 3rd mission was on D-Day, on his 22nd mission he was shot down over Germany, was captured and subsequently became a POW. He was recalled during the Korean Conflict and served in the building of the Thule Air Base in Greenland. During his military career he was the recipient of RM Def. Service Medal, Prisoner of War Medal, Liberation of France / Normandy Medal, 4 Air Medals of Honor, Combat Readiness Medal, AF Reserve Meritorious Service Medal, Defense Meritorious Medal & AF Overseas, AF Longevity, European Theater & AM Campaign Ribbons. A Graduate of the University of Bridgeport he was a Quality Control Engineer and later retired from Raymond Engineering in Middletown. Friends may visit with his family Monday from 4 to 8 PM at BEECHER & BENNETT, 2300 Whitney Ave. Hamden and are also invited to attend a Mass of Christian Burial on Tuesday at 10 AM in St. Joan of Arc Church, 450 West Todd St, Hamden. Burial with Military Honors will follow in St. Mary's Cemetery. In lieu of flowers, remembrances may be made to: Smilow Cancer Hospital - 20 York St. New Haven, CT 06510 or to Conn. Hospice, 110 Barnes Rd. Wallingford, CT 06492.