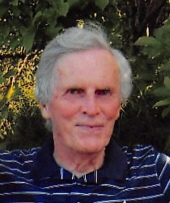 William Anson Beebe, 86, of New Haven, husband of the late Felicia (Pardovich) Beebe, passed away on Monday, June 29, 2015. Born in New Haven on January 15, 1929, he was a son of Earl and Margaret (Lewis) Beebe. He was a proud US Army Veteran, serving during the occupation of Japan after WWII. He earned a Bachelor's Degree in Education from Southern Connecticut State College. Mr. Beebe served as a union representative to the Railroad Trainmen, the United Transportation Union and the SMART Transportation Division for more than 60 years. In 1983, William Beebe led UTU-represented Metro North Railroad employees through a six-week strike that resulted in a groundbreaking agreement that became the benchmark for US commuter rail contracts from which union members still benefit today. In 2015 he was working in his 39th year as the General Chairman of the United Transportation Union. William was predeceased by his brothers, Phillip, Earl and Norman, and sister, Eila Talbot. He is survived by his daughter, Suzanne (Beebe) Griffiths, her husband, Owen, of Beaverton, OR, two granddaughters, Celeste and Carys Griffiths and beloved by many nieces and nephews. He is also survived by his large group of railroad colleagues and friends from the JCC of Greater New Haven where he was an active member for many years. Friends may visit with his family from 4-8 PM on Sunday, July 5th at BEECHER & BENNETT, 2300 Whitney Ave., Hamden. A Mass of Christian Burial will be celebrated at 10 AM Monday, July 6th at Holy Infant Church in Orange. Contributions in William's memory can be sent to the Connecticut Food Bank, P.O. Box 8686, New Haven, CT 06531.