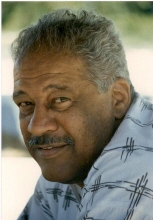 On December 28, 2009, New Haven lost a champion of the people. William 'Bill' E. Johnston, Jr., age 72, passed away at Gaylord Hospital in Wallingford after a long battle with respiratory illness. Born in 'Sugar Hill' Harlem, NYC to William E. Johnston, Sr. and Ernestine Steele Johnston, Bill graduated from Hillhouse High School and studied Social Science at the University of New Haven. From 1955-1959 he served in the United States Air Force, stationed in Great Britain. In the 1960s he became director of New Haven's Legion Community Center, a program of CPI,'s Model City. He was Property Manager of 2, 500 housing units for the new town of Reston in Virginia for Gulf Oil and then advanced to Vice President of Human Resources at the Gulf Oil World Headquarters in Pittsburgh. Returning to his activist roots, he became a consultant for Gateway Development Corporation in New Haven and Director of Development for Cities in Schools in Washington, DC before becoming Program Director for Columbus House in New Haven, leading that organization's increasingly-meaningful role in the local community from 1991 to 2006. Bill was President and Board Member of the Connecticut Coalition to End Homelessness; Board Member of the Hill Development Corporation; Empower New Haven; and Family Counseling of Greater New Haven. He most recently served as Board Member of the Christian Community Action Agency, Inc. and an appointed Commissioner to the City of New Haven Homelessness Commission. Bill touched countless lives in his community family, but none more so than those of his immediate family that he leaves behind: loving wife Judith Ziomek Johnston; daughter Elizabeth Johnston and her partner Lizzette Flores; son William E. Johnston, III, his wife Shannon and their children Emma and William; nieces Valerie Aldrich and Carmen Carr; and nephews Hayward H. Gatling, Jr. and Edward Brinkley. His family wishes to thank all the nurses and healthcare professionals coordinated by Dr. Ernest Moritz with special appreciation for the Hospital of St. Raphael respiratory staff. A memorial service will be held on Sunday, January 17, at 3 p.m. at BEECHER & BENNETT FUNERAL HOME, 2300 Whitney Ave., Hamden. Friends may visit with his family two hours prior to the service. Internment will be private. In lieu of flowers, contributions in Bill's memory may be made to the Christian Community Action Agency, Inc., 168 Davenport Ave., New Haven, CT 06519 or City of New Haven Community Services Administration (CSA) on behalf of the Homelessness Commission, 165 Church St., New Haven, CT 06510.