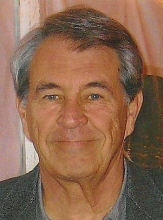 William 'Bill' Francis Conklin, 67, of Hamden, beloved husband to Catherine Bianchi Conklin, passed away on September 3, 2010 after a long illness. He was born in New Haven on December 16, 1942 to the late William Conklin and Josephine Hile. Besides his loving wife of 42 years, Bill is survived by his three sons, Christopher Conklin and his wife Gail of North Haven, Michael Conklin and his wife Amy of Hamden, and Joseph Conklin of New York, NY as well as two grandchildren, Marty and Ian. He also leaves behind a sister, Cathy Brink Steskla and husband Louis, their two children, Brian and Carrie and their families. All will remember him for his gregarious personality and generous spirit. Bill was an employee of Metro North Railroad for over 40 years, retiring in 2002. He was active in the St. Rita School community, Indian Guides, Boy Scouts of America and a member of the Knights of Columbus. He enjoyed cooking, swimming, tennis, playing cards with his cousins and friends and vacationing in Vermont and Rhode Island. A Memorial Mass will be celebrated at St. Rita's Church, Hamden, on Wednesday, September 8th at 10 a.m. Friends may visit with the family on Tuesday evening at BEECHER & BENNETT, 2300 Whitney Ave., Hamden from 5 to 8 p.m. Burial will be private. Contributions in Bill's memory may be sent to St. Rita's School, 1601 Whitney Ave., Hamden, CT 06517 or CT Hospice, 100 Double Beach Rd., Branford, CT 06405.