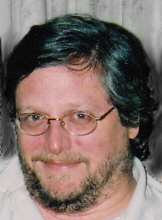 William 'Bill' Howard Davey, age 50, of West Haven, died suddenly March 30, 2014. With him goes a piece of our hearts. Born in New Haven on July 15, 1963, he now joins his parents, Howard & Helen Nitido Davey. Bill will be remembered by his loving siblings, Susan Davey of North Branford, Janet Galante & her husband Rich of Pomfret, and Arthur Davey & his wife Ellen of West Haven; his beloved nieces and nephews, Seth, Carlo & Emily Galante; Hannah, Emma & Sarah Davey; great niece and nephew, Giuliana & Liam Galante; loved aunt and uncle, Vincent & Corinne Nitido of West Haven; his many cousins and their children. Bill lived with his brother and sister-in-law and his precious nieces. He always was and will always remain, their favorite babysitter. A graduate of West Haven High school Bill attended both Boston College and Southern Connecticut University and has worked at High Precision, Inc. since 1989 as a Programmer/Head of the CNC Department. He was a loyal and fervent Baltimore Orioles, Patriots, and UConn Huskies fan, was a member of the Elk's, and was one of Z's best dart players. He leaves too many friends to name who loved him and will miss him. Friends may visit with Bill's family on Wednesday, April 2nd (TODAY) from 4:00 to 8:00 p.m. at BEECHER & BENNETT- TAYLOR FUNERAL HOME, 410 Campbell Ave, West Haven. His Funeral Service will be held on Thursday, April 3rd in the Church of the Holy Spirit, 28 Church St. West Haven, at 10:00 a.m. followed by a burial in Oak Grove Cemetery. Contributions in Bill's memory may be sent to the charity of your choice.