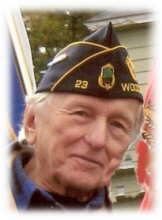 William (Bill) Szirbik Sr., age 77, entered into eternal rest on Friday, July 23, 2010 in Brewer, ME. He resided in Baileyville, ME, formerly from Dorset, VT and Bethany. He was born in the Westville section of New Haven on December 22, 1932, son of the late George and Elizabeth Farago Szirbik. He is survived by three children, a daughter Vicky Szirbik of Wallingford, two sons, William Szirbik, Jr. of Ellsworth, ME and William Lee Szirbik of Spring Hill, TN, two stepdaughters, June Alspaugh of East Dorset, VT and Susan Boutard of Phoenix, AZ and his loving companion and friend, Barbara Landry of Baileyville, ME. He is also survived by two sisters, Margaret Jones of Guilford and June Verab of Bethany and many nieces, nephews, and very close friends. He is predeceased by his wife, Virginia Szirbik, his sisters Elizabeth Shetzel, Jean Clark, Alice Mulvey, Rose Harrison, Irene Bacon and brothers Stephen, George, Victor, Leslie, Alexander, and Joseph Szirbik. Bill attended Hillhouse High School in New Haven and graduated in 1950. A Korean War Veteran, he was a sergeant in the US Army until 1955. He worked in construction and real estate development in CT and moved to VT where he spent 38 years, retired in 1998 and moved to Baileyville, ME in 2002. He was very active in his community. He was Commander of the American Legion Post 23 in Baileyville, ME and was a member of the Veterans of Foreign Wars. He attended the United Methodist church and was a trustee. He loved hunting, fishing, gardening, nature and the great outdoors. He especially loved Rest-a-bit, his wilderness camp in northern Maine. Funeral service will be Friday, July 30 at 11 a.m. at BEECHER & BENNETT, 2300 Whitney Ave., Hamden. Friends may call Thursday from 4-8 p.m. Interment with military honors in Beaverdale Memorial Park. Contributions in his memory may be made to the American Legion at: W.T. Wren Post #23, P.O. Box 775, Baileyville, ME 04694.