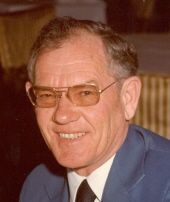 William Boyle Buller, 78, Loving husband of 52 years to Marie Pagnam Buller of Old Forge Rd., in Westbrook, passed away August 4, 2005 surrounded by his loving family. He was born November 19, 1926 a son of the late Claude and Mary Vansteenbergen Buller and resided in North Haven for 37 years before moving to Westbrook in 1996. Bill was self employed as a contractor for many years and finished his career as chief estimator for the Robert Greene Construction Company. He also served on the Board of Directors, Construction Committee for the North Haven Elderly Housing Association and also served the North Haven Building Board of Appeals. He was a long time member of the Wallingford Country Club and served his country with the U.S. Army in the South Pacific during WW II. In addition to his wife, he is survived by his children, Rosemary Sansevero and her husband Andrew of Durham, Maryrose Read and her husband George of Lisbon, William B. Buller Jr. and his wife Susan of Vernon, James J. Buller and his wife Susan of North Haven, and Thomas G. Buller and his wife Sherian of Wallingford. He was also the proud grandfather of 15 grandchildren. He is also survived by a brother, Paul Buller of Hamden. Mr. Buller was predeceased by his siblings George Buller, Ethel Ellis, Mary Cope, Dorothy Murphy, Claude Buller, and Alice Johnson. Friends may call on Sunday, August 7th from 4:00 to 8:00pm at BEECHER & BENNETT, 2300 Whitney Ave., Hamden. Burial will be private. In lieu of flowers it is requested that contibutions in his memory be sent to "Middlesex Weiss Hospice Unit" c/o Middlesex Hospital office of Philanthropy, 28 Crescent St., Middletown, CT 06457.