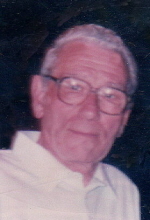 William C. Lehr, Pearl Harbor Survivor, age 93, of Hamden, CT, passed away on Friday, February 7, 2014 at Connecticut Hospice. Husband of the late Eleanora (Nora) Tirone Lehr, father of three sons, William F. Lehr of Fresno, CA, James D. (Jacqueline) of Haverhill, MA and Gerald T. Lehr of Hamden; Grandfather of four granddaughters, Phoebe, Amanda, Virginia, and Kristina Lehr. He is also survived by his brother, Donald (Victoria) of Sunnyvale, CA and his sister, Elsie Whitner of Kent, WA and one great granddaughter and one great grandson. He was predeceased by his brothers James & Gerald Lehr. Born Jan. 3, 1921 in Superior, WY, he was a son of the late William G. Lehr & Augusta Muehsam Lehr. Bill was a Navy Veteran, serving 6 years in the Pacific Theater, having served on the destroyer USS Monaghan. He was at the battles of Pearl Harbor on Dec. 7, 1941, Midway and the Coral Sea battle earning 3 battle stars, before volunteering for submarine service in 1942 making 6 war patrols from Groton Ct serving on USS Sawfish and USS Roncador, earning 8 battle stars. He was a Past Treasurer of the Pearl Harbor Survivors Assoc, Past President of the Triton Chapter (Sub. Vets of WWII), Past State Commander of Conn (Sub Vets WWII), member of Port 5 Naval Associates in Bridgeport, member of the Westport Submarine Veterans, past president of the Hamden Fish & Game Protective Assoc, and was a member of the Hamden Lodge #2224 B.P.O. Elks. He retired from the Conn. D.O.T. in 1982 after 34 years of service. A Celebration of Bill's life will be held on May 20th, 2014 from 4:00 to 8:00 PM in the Elks Lodge # 2224, 175 School St. Hamden. Interment will be held privately. Contributions in his memory may be made to the Children's Center of Hamden, www.childrenscenterhamden.org 1400 Whitney Ave., Hamden, CT, 06517. Arrangements are in care of BEECHER & BENNETT FUNERAL HOME, 2300 Whitney Ave., Hamden.