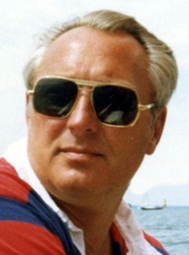 William (Bill) D. Schultz, Sr. passed away on March 12, 2022 at the age of 90 in Cheshire, CT after a fall resulting in a broken hip and subsequent, multiple other health complications.
Bill grew up in Meriden, CT, son of William and Nellie Marie (Carlson) Schultz. He was predeceased by his brother, David and sister, Betty Heines and her husband, Donald. Following high school at Northfield Mount Herman School in Massachusetts, Bill enlisted in the US Army, after which he attended Yale University, Upsala College, and Columbia University Graduate School. Bill met Lillian Canfield at Upsala College and they were married on September 7, 1957. They lived in Meriden, CT until they moved to Elim Park Retirement Community, Cheshire, CT in 2013.
Bill’s work life started with the family business, Silver City Glass Company in Meriden, CT. Following that, Bill worked for Metropolitan Insurance Company and ended his work life with the State of Connecticut Department of Labor.
Bill gave his time and talent to the Farms Country Club (charter member), the Home Club, the Y’s Men of Meriden, Meriden Easter Seals Society, Eastern China and Glass Association, Mid State Memorial Hospital (corporator), Mid State Visiting Nurses Association and Hospice (long time board member), CUNO foundation (distribution committee), P&PS Golf Society, and numerous boards and committees of the First United Methodist Church.
Outside of work, Bill shared his love of the of the water, particularly the ocean, with his family through yearly visits to the Jersey shore, Cape Cod, and Florida’s west coast where they all enjoyed swimming, sailing, water skiing, fishing, scuba diving, clamming, digging in the sand, fireworks, beautiful sunsets, and time with extended family. He was never quite so happy than when he was by the water with family and friends. Bill was also an avid bridge player, golfing enthusiast, and tennis player. He golfed well into his older years with his lifelong friends Paul Miller, Jim Rybeck, and Gene Mosher. In addition, Bill’s Elim Park bridge playing community will miss him dearly.
Bill was a model of generosity and loyalty regarding his family, friends, and the larger community. We are grateful for his example and invite you to celebrate Bill’s life with us by sharing the gifts you bring to the world that make it easier for us all to be good.
Bill is survived by his wife, Lillian and his children, Bud, Glenn, and Leslie, their partners, Elaine and Kate, grandchildren, Christo, Luke, Hailey, Skyler, Cody, and James, and great grandchildren, Sunday and Fiona. Bill is also survived by nieces, nephews, and his brother-in-law, Bob Canfield.
Burial will be held privately. A memorial service is being planned for late Spring 2022. In lieu of flowers, please feel free to make a donation to First United Methodist Church, 159 East Main Street, Meriden, CT, 06450, or the Benevolence Fund at Elim Park, 150 Cook Hill Road, Cheshire, CT, 06410.