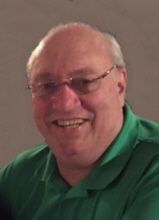 William 'Bill' E. McGraw, Jr., age 62, of Hamden, passed away at his home on June 20, 2017. Bill was born in Milford on January 26, 1955, the son of the late William E. McGraw, Sr and Elaine (Anderson) McGraw Gagner. Bill is survived by his wife Deborah Hoyt McGraw; his son Michael C. McGraw of Hamden; his granddaughter Kylie Palumbo; his sister Catherine Russell of Vernon; mother in-law Evelyn Hoyt of Stratford, and several nieces and nephews and other extended family members. Bill was predeceased by his son Alexander J. McGraw in 2013. A resident of Hamden most of his life, Bill was a former school psychologist and later Assistant Superintendent for the Hamden School System, from where he retired. He had a master's and 6th year degree from Southern CT State University and also attended MA College of Liberal Arts for administration. He loved his career and dedicated his life to improving the lives of the many students he worked with. He also loved spending time with his family and friends, and playing with his granddaughter. He was fascinated by military history, particularly the Civil War. Bill played football for Jonathan Law High School and was proud to be an All State player. He was also a former professor for Southern CT State University and always enjoyed a good golf game. He was an avid NY Jets and Yankees fan. Bill was a Mason in the New Haven Cosmopolitan Lodge No. 125 and was Past Worshipful Master. Friends may visit with his family on Sunday, June 25th from 4:00 to 8:00 PM at BEECHER & BENNETT FUNERAL HOME, 2300 Whitney Avenue, Hamden. The Masons will perform a Masonic ceremony at 7:00 PM and his funeral service will follow at 7:30 PM. Graveside Service will be private with his family. In lieu of flowers, contributions in memory of Bill are asked to be made to the Hamden Education Foundation, P.O. Box 185783, Hamden, CT 06518 in honor of his son Alexander J. McGraw.