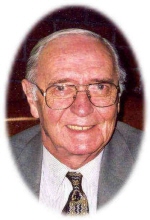 In Branford, June 7, 2006, William E. Schmidt, 73, of West Haven, husband of Patricia Gillen Schmidt, father of Annelouise Schmidt and her partner, Pam Schmidt of Ogden, UT, Lauretta (Laurie) Dowling and her husband, Michael of Hamden, Greta Heath and her husband, Ray of Rutland, MA and Heidi Law and her husband, David of Kingston, MA. Also survived by a brother, the Rev. Nicholas Brie of Taneytown, MD, a brother-in-law, Eugene Gillen of Cheshire, CT and six grandchildren, Michael, Steven and Daniel Dowling, Jordan and Caitlin Law and Thomas Heath. Son of the late Edward and Harriett Wiese Schmidt, he was born in Waterbury on July 1, 1932. An Air Force Veteran having served in Korea, Mr. Schmidt attended Art School in California and was on the reunion committee for the Hamden Class of 1951. He ws the owner of the former S.Z Field Co. of New Haven, and worked in sales for the former Sweet Printing of Glastonbury and most recently at Thames Printing in Norwich. He was also a supporter of the New Haven Symphony Orchestra. A funeral service will be held at BEECHER & BENNETT, 2300 Whitney Ave., Hamden on Monday, June 12 at 10 A.M. Friends may call Sunday from 4-8 P.M. Interment in Beaverdale Memorial Park. Contributions may be made to Connecticut Hospice, 100 Double Beach Road, Branford, 06405. For information or to send a condolence see: www.beecherandbennett.com.