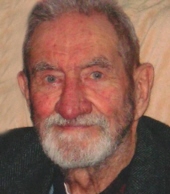 William F. Orrell Jr, 89, husband of the late Mabel 'Sue' (Shaw) Orrell passed away peacefully on Friday, October 18, 2013 at St. Raphael's Hospital in New Haven. He was born on March 5, 1924 in Holyoke, MA and was raised in South Killingly, CT. He worked for Cranston Print Works in Webster, MA and Pratt & Whitney Aircraft before serving in the Army during World War II. Upon discharge, Bill and his wife Sue, moved to Orange where they raised their family. He is survived by his daughters; Mary Ann Mizeski and husband John of Naugatuck, Charlotte Ann Orrell of Seymour, Billie Ferris and husband Bernie of Orange and Terri Lynn Orrell of West Haven, six grandchildren, thirteen great-grandchildren and one great-grandson as well as a brother Norman Orrell and his wife Pat and their family of Myrtle Beach, S.C. After working for United Illuminating for 39 years, he retired as Supervisor of Overhead Lines in 1985. Bill was a member of both York and Scottish Rites and is a Past High Priest of Milford Chapter #49, Royal Arch Masons and served as Treasurer. He was awarded the Order of High Priesthood. He also served as Excellent President of the Grand Convention of appointed High Priests of CT where he was awarded the Ephraim Kirby Medal from G.R.A.M. of CT and the Meritorious Service Award from R.A.M. international. He was Past Thrice III.Mas. of Adam Sattig Council, R&SM and Treasurer. As a Past Eminent Comm. of Hamilton Commandery #5, he served as Treasurer and received the Gold Honor Award and the Order of the Purple Cross. A Knight of the CT Priory #28 & Mohawk Council Knight Masons of America, Bill was a founding member of the Knight of Masons of the Cross where he served as Knight of the East. In 1990, Bill was Coronated a 33rd Degree Scottish Rite Mason and an honorary member of the Sup. Council of the Scottish Rite. He received the Pierpont Edwards Medal from the M.W.G. Lodge of CT. He presided over the Nathan Hale Council, Allied Masonic Degrees and St. Andrews Conclave and Red Cross of Constantine and was also a member of the Apostles Tabernacle, Holy Royal Arch Night Templar Priests. Bill was an avid sportsman, enjoying hunting and fishing, a trip to the casino or a good book or crossword puzzle. A funeral service will be held on Tuesday, October 22, 2013 at 11 a.m. at BEECHER & BENNETT-TAYLOR Funeral Home, 410 Campbell Ave., West Haven, CT. Burial will follow in Orange Center Cemetery. Relatives and friends may call at the funeral home on Monday, Oct. 21 from 4-8 p.m. with a Masonic Service by Ansantawae No. 89 of Milford at 7 p.m. In lieu of flowers donations in Bill's memory may be made to the Masonic Charity Foundation, 74 Cheshire Rd., P.O.Box 70, Wallingford, CT 06492.