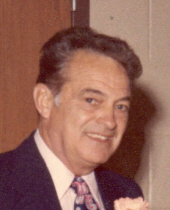 William F. Shea, age 92 of Hamden, beloved husband of Ruth Blake Shea, passed away on November 3, 2010 at The Hospital of Saint Raphael. He was born in New Haven on July 8, 1918 to the late William J. and Alice Callahan Shea. He was a retired licensed electrician with IBEW Local 90 and had worked as a foreman with M.B. Foster. He was a U.S. Army veteran who was awarded the Bronze Star for valor while serving in Germany during World War II. Mr. Shea was affectionately known as 'Pa' by his family and will be sadly missed. In addition to his wife of 62 years, he leaves to cherish his memory his children, son William B. Shea and daughter-in-law Joan of West Haven, daughter, Marlane Hynes of Branford, and son, John T. Shea and daughter-in-law Susan of Fairfield. He also leaves his beloved grandchildren Will and Allison Shea, Kevin Hynes, and Jonathan and Katelyn Shea. Mr. Shea is also survived by his sister, Jane Kohler of Branford. He was predeceased by his brothers, Raymond and Jack, and his sisters, Alice, Mary and Ann and son-in-law, Kevin Hynes. A Mass of Christian Burial will be celebrated on Saturday, November 6th at 11 am at Blessed Sacrament Church, 321 Circular Avenue, Hamden. Friends may visit with the family on Saturday morning from 9:00 to 10:30 am at BEECHER & BENNETT, 2300 Whitney Avenue, Hamden. Internment immediately following the service at Beaverdale Memorial Park, 90 Pine Rock Avenue, New Haven. Memorial contributions may be sent to the Whitney Manor Recreational Fund, Whitney Manor Rehabilitation and Nursing Center, 2798 Whitney Avenue, Hamden, CT 06518.