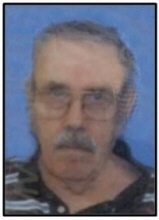 William H. Jacobson, age 73, of West Haven, passed away on December 1, 2015. Born in New Haven on August 20, 1942 he was the son of the late Herbert S. Jacobson & Ethel Mary Vaughn Jacobson. A resident of West Haven most of his life, Bill is survived by his wife Annabelle Charters Jacobson; his daughter Colleen Jacobson of El Dorado Hills, CA and his son William Scott Jacobson of Santa Monica, CA. Bill was a retired mail carrier for the US Postal Service and a avid Yankee Baseball fan. Friends may visit with his family on Tuesday, Dec. 8th from 5:00 to 7:00 PM at BEECHER & BENNETT - TAYLOR FUNERAL HOME, 410 Campbell Ave, West Haven, with his Prayer Service to be held at 6:30 PM. Interment will be private.