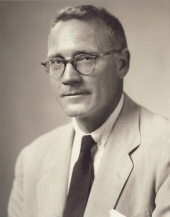 Born: August 27, 1914 Location: Newport RI Siblings: Margaret Joan Mathers Phillips (deceased June 2003) College: Dartmouth 1935 Law School: Yale 1938 Married: Myra Tutt Martin, January 17, 1942 Cold Spring Harbor NY Children: William Martin Mathers, Michael Harris Mathers, John Grinnell Mathers, Myra Tutt Mathers McAnulty, Ursula Fraser Mathers Nehrt, and Ann Corning Mathers Bill grew up in Newport, the son of a dentist, Howard, and an active community organizer, Margaret. Bill excelled in his studies as well as sports, becoming the RI state golf champion as a teenager and receiving a scholarship to attend Dartmouth. After college Bill went on to receive his JD from Yale and took a position with Milbank Tweed, a well regarded New York law firm. Bill's legal career was quickly interrupted by the war, which he joined as a private in 1942 and left as a major in 1946. As a competent lawyer, the Army chose to employ Bill as a behind-the-lines analyst and strategist (due to his eyesight) with various organizations including the Office of Strategic Services. Upon discharge from the Army Bill immediately resumed his position with Milbank Tweed. He described himself as a 'well qualified lawyer', meaning he had: reasonable intellect, the ability to read and write, an understanding of ethics, training discipline, willingness to work hard, and good judgment based on experience. All of which, he proposed, needed to be in balance with 'fun'. Bill certainly personified all these traits in his professional life, and he was well known for his sense of fun, both in his business and personal life. Bill worked for two prestigious New York law firms (Milbank Tweed and Chadbourne Parke) over his long career and was instrumental in a number of high profile corporate actions, including putting the first 747s in the air, the takeover of United Brands, and a number of special assignments for the Rockefeller interests in the Americas. In addition, Bill was a Vice President with Yale & Towne for several years, helping them address their global business. Upon retirement in the 1980s, Bill was senior partner with Chadbourne and general counsel at United Brands. Bill was an active as a member of the bar associations in New York State, New York City, Massachusetts and Nassau County, assisting via legal aid and the American Arbitration Association where he was a director. Bill also undertook a number of directorships, including Pine Street Fund, Gimbel Brothers, Barnard College, and the New England Society. His interest in politics led to a stint as Mayor, Trustee and Clerk/Treasurer of the Village of Cover Neck from 1949 until 1984. Bill's personal life revolved around his wife of 68 years, Myra Martin Mathers. They met while he was teaching sailing one summer on the north shore of Long Island. They married in 1942 and expanded into a family of eight over the next two decades. Settled on Cove Neck, not far from New York, Bill developed a well-deserved reputation for entertaining, with his parties and celebrations known for their fine food and drink, but most of all for the enjoyment associated with any Bill Mathers event. The consummate host, Bill was proud of the family's exquisite home, his children, but most of all his lovely and entertaining Myra. Of course, his love of golf continued throughout his life and Bill made every effort to play all the major courses in the world as he traveled. He was a member of the local club, Piping Rock, as well as Seminole, and when the children had left the house after college, Bill moved Myra and himself to a house next door to the golf course so he could play as often as he wanted. Myra and Bill became engaged while sailing up the coast from Long Island to Maine and sailing was always a part of the family's life. Each summer the entire family would sail up the coast, spending time enjoying each other and the open seas. Bill joined the New York Yacht Club as part of this love affair and was an active member throughout his adult life. In the mid-1980s Bill and Myra retired to Vermont and their lovely home in Sutton in what is known as the Northeast Kingdom. Here Bill played golf, volunteered with the Service Corps of Retired Executives to help small businesses and enjoyed the family when they came to visit. His retirement included regular trips to New York for business and social events as well as to Florida in the wintertime for golf and visiting friends. Over the last years of his life, Bill has lived in Connecticut in a retirement community where he and Myra can receive the care that they have required. It was here at the MasoniCare facility that Bill died on July 27, 2010 at the age of 95. Bill leaves behind his wife and six children, along with five grandchildren and six great-grandchildren. In his life Bill was thoughtful and diligent in his work and home life, taking loving care of every detail. His contribution to his family, his friends and to the community is greatly appreciated and will be missed. Thank you, Bill, for being in our lives.