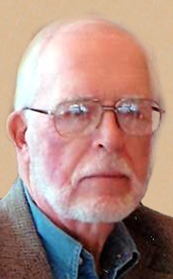 Our family is saddened to announce the death of William Hastings of Meriden, CT, who passed away on April 27, 2022 at the age of 92. He was the loving husband 65 years to the late Virginia Samtzevich Hastings. Bill was born on March 29, 1930 to the late Robert and Martha Horsey Hastings. He was predeceased by his daughter Lynn Lombardo, whom he cherished, brothers Robert Jr. and Henry Hastings, and sister Alison McDowell. He is survived by his son Jeffrey of Wallingford, grandsons Evan Hastings of Orlando, FL and Jonathon Hastings of Boston, MA, and several nieces and nephews.
Bill honorably served in the U.S. Army, having been deployed to Germany during the Korean War. He then went on to work at Pratt & Whitney Aircraft of Connecticut as a design draftsman, where he met Virginia, marrying her in 1956. A brief stay on the west coast brought their daughter Lynn into the world. The young family returned to Connecticut, closer to relatives, to set their roots. Bill and Ginny loved the beaches of Maine, Cape Cod, and Florida, Ft. Myers being their favorite snowbird destination. Bill was also a devout tinkerer and fixer, proud of his custom cape in Meriden.
A private interment will be held at North Cemetery in Hampton, CT at the convenience of his family.