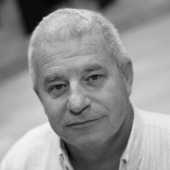 William J. May III, 58, of Hamden, loving husband to Carol Stahl May, passed away with his family by his side on Saturday December 3, 2016 at CT Hospice in Branford, after a courageous battle with cancer. He was born in Newark, DE on December 6, 1957. He is survived by his parents William J. May, Jr. and Mary Eastburn May, his son William J. May IV and his wife Briana, his daughters Kelley May and her fiancé Michael, and his youngest daughter Kaitlin May. He also leaves his two grandchildren William J May V, and Carter May. Lieutenant Colonel William 'Bill' May III (Retired) always found a way to serve after completing his distinguished military service. He was a champion of veterans' causes and exemplified his own motto of 'service before self.' With 24 years of military service, leadership roles in the Army Aviation Association of America (AAAA) and his recent inception of the non-profit organization, House of Heroes CT(HOHCT). Bill was a leader and a hero for veterans not only in Connecticut, but across the country. Bill began his service to our country with Army ROTC leadership at the University of Delaware. Upon graduation, he was selected for flight school at Ft Rucker, Alabama. Bill's passion for flight led him to become a maintenance test pilot and found him a spot in Germany. He served as an Aircraft Maintenance Officer and Unit Test Pilot where he was responsible for aircraft personnel and maintaining an operational ready status for his unit. Upon leaving Europe, Bill became the Director of Combat Development at the Aviation Logistic School at Ft. Eustis, VA. He was specifically responsible for developing the requirements of future Army aircraft. When Bill retired from active duty he started a civilian career with Sikorsky Aircraft and moved to Connecticut. He continued his service to our country and joined the CT National Guard, where he served for 17 more years. He became dually qualified as a Blackhawk test pilot for the CT National Guard. Bill's knowledge and expertise of Army Aviation helped form Congressional reviews and Blackhawk procurements for our soldiers. During this time, he was selected to attend the National College of the Armed Forces in Washington DC. LTC May's graduation from the National War College inspired him greatly and led him to pursue his life's passion of serving veterans. Bill's lifetime membership of AAAA has led him to hold many leadership positions within the organization. His most recent endeavor for veterans, House of Heroes, has led him to link AAAA members to service veterans nationally. In 2012, Bill founded the Connecticut Chapter of House of Heroes. Under Bill's guidance, House of Heroes Connecticut has repaired 76 homes in four short years. Bill procured many corporate sponsors including Stanley Black and Decker Tools and Home Depot to complete other House of Heroes home remodels in Delaware, North Carolina, Illinois, Texas, Ohio and Louisiana. Anyone who encountered Bill will attest that he was a consummate professional, getting the job done with excellence, year after year, with no expectation of recognition. Bill's immense impact was not only on the local veteran community, but nationwide. His perseverance after his distinguished military service, along with his dedication and vision towards service and action to others makes him our hero. In his spare time he loved to be with his family, build unique water features, create stained glass, photograph the world, take selfies, head-up Dance Team Support, paint murals and be with 'BaDane'. Friends are invited to visit with Bill's family on Thursday December 15, 2016 from 4-7:30pm in Beecher & Bennett Funeral Home, 2300 Whitney Ave. Hamden. A celebration of his life will take place following the visitation at 7:30pm. Friends are invited to meet directly at Church of the Assumption, 81 Center Road Woodbridge, CT 06525 on Friday December 16, for a Mass of Christian Burial to be celebrated at 10am. Interment with full Military Honors will follow at the CT State Veteran's Cemetery, 317 Bow Lane, Middletown. In lieu of flowers donations in his name may be made to House of Heroes CT, 3000 Whitney Ave. Suite 233, Hamden, CT 06518.