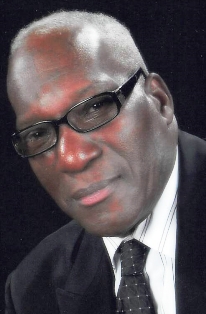 William Walton, 84, of New Haven, passed peacefully on November 25, 2021 surrounded by family. He was born on July 13, 1937 in Orange, Virginia, the oldest of four, and was affectionately known as “Moody.” The family migrated to New York City for a brief period and ultimately moved to North Haven. Moody was educated at North Haven High School and trained as a fighter during his teen years. He worked at Plasticrete Brickyard as a foreman and later as a cook at Charlie’s Dog House on Dixwell Avenue. Being the entrepreneur that he was, Moody established the decades-long Moody’s Fish & Chips, first on Grand Avenue and then relocated to Winchester Avenue. He also had pool halls and candy stores over the years. After retiring from his businesses, Moody still kept the fire burning. He went on to work for 20 years as a driver for Connecticut Limousine. Even at his ripe age of 84, he continued to work on cars and diligently maintain the family property in North Haven.

Moody was well-loved and respected throughout the City of New Haven. He had a big heart and a giving spirit. Every year at Christmas time, he would have an open house at his restaurant to honor the community. Moody was, indisputably, the patriarch of the family.  He made sure that everyone was taken care of and always lent a helping hand to friends and strangers.

Friends and family are invited to a Celebration of Moody’s life to be held on Saturday, December 4th at St. Matthews UFWB Church, 400 Dixwell Avenue, New Haven at 10:00 a.m. Viewing is from 8:00 to 10:00 a.m. at the church.  Following the funeral, the Committal Service will continue in Hamden Plains Cemetery.  At the family’s request, masks are required for all services. BEECHER & BENNETT FUNERAL HOME, 2300 Whitney Ave, Hamden in care of arrangements.