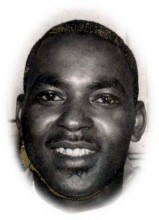 William Payne was born in Kimball, West Virginia on November 24, 1932 to the late Harry Payne and Reacie Law Young. He exchanged life for eternity on Tuesday, November 16, 2010 at the Yale New Haven Hospital Smilow Center. William was educated in the public school system in West Virginia. He fought a good battle in the US Army during the Korean Conflict. After moving to Connecticut he became a diligent and reliable employee of two major companies, Malleable Iron Fittings Co. in Branford and Detroit Steel Company in Hamden. Williams's faith was increased through his connection with the Pentecostal Church during his adult life. He constantly studied God's words through many modes. William was a great listener of music. He spent many hours enjoying old and new renditions of gospel, blues, jazz and classical music. He was a collector of books, gadgets, hats, caps, electronics, and health enhancers. Many, many people will continue to cherish his memory, the love of his life for more than 47 years, a friend and companion, his wife, Frances Payne; one daughter, Sherry Moye of Waterbury, CT; three aunts, Viola Karpel of Richmond, VA; Cecelia Andrews of Kingston, NC, and Mae Harris of Boston, MA; one sister-in-law, Mary Payne of New Haven, CT; four special cousins, Barbara Davis and Margaret Keaton both of New Haven, CT, Delores Alexander of Richmond, VA, and Wilbert Edwards of Honea Path, SC; a host of nieces and nephews, other cousins, relatives and friends. Preceding him to the grave-his parents; one brother, James (Jimmy) Payne; two uncles, Roy and George Law; one aunt, Mary Young. A Funeral Service will take place at BEECHER & BENNETT, 2300 Whitney Ave, Hamden (exit 61 off the Merritt Parkway) on Monday, November 22nd at 10:30 a.m. followed by a burial with Military Honors in Hamden Plains Cemetery. Friends may visit with William's family at the funeral home on Monday morning from 9 to 10:30 a.m.