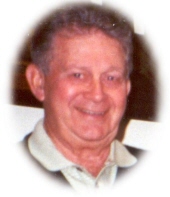 WILLIAM P. MILLER, JR. William Phillip Miller, Jr., 76, husband of Lois Wilson Miller, passed away March 21, 2006 after an extended illness. He was born in New Haven Jan. 7, 1931 a son of the late William P. and Alice Doherty Miller, Sr. and had resided in North Haven for many years. He moved to Cromwell in 1987 and then to East Haven in 2003. He served in the U.S. A. F. during the Korean conflict. Mr. Miller was employed with the Town of Wallingford, Water & Sewer Division, as a manager from 1974 to 1982, and then was an tax auditor for the State of CT. Dept of Revenue Services from 1982 to 1993. An avid golfer, he had been a member of the Wallingford Country Club, and Laurel View Country Club where he was treasurer of the Men's Club. In addition to his wife, he is survived by his children and their spouses, Deborah and Robert Ferguson of New Haven, Robin and Mark Curcio of North Haven, Alison Miller of Hamden, David and Sally Miller of Bristol, Gary Miller and his fiancee Laura Pagliaro, of Hamden, a brother John J. Miller of Myrtle Beach, SC, a sister Virginia H. Himmel of Cheshire, and three grandchildren Kyle Miller, Maxwell and Samantha Curcio. Friends may call Friday, March 23, from 4-8 pm at BEECHER & BENNETT, 2300 WHITNEY AVE., HAMDEN. A prayer service will immediately follow. Interment in St. Mary Cemetery, Hamden Monday, March 26 at 10 am. The family would like to thank the staff at Hamden Healthcare, Branford Hills Healthcare and The Village at Mariner's Point for their kindness and compassion in the care of our father.