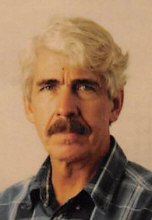 William Robert O'Connor, 76, of Hamden & North Haven, artist, inventor, virtuoso, and expert in art and Native American and colonial artifacts, passed over January 30, 2015 at CT Hospice in Branford. He was born January 2, 1939 to the late Alice Massaro Hopkins. He was the adopted son of the late Jeremiah and Nellie Ledwirth O'Connor. He was the husband of Linda M. Cady O'Connor; father of Christina Rose O'Connor of Branford, Katherine Marie O'Connor Pender Flaherty (John) of Clinton; stepfather to Shannon V. Cady of Hamden; grandfather to Willow, Ford and Quinn Pender. He is also survived by 'cousin' and friend Keith McMahon, aunt Agnes Massaro Walsh, cousins Patricia Walsh Massey, Linda Walsh McInnis Lees (Jim), Debbie Walsh Ramaya, Anthony Natale (Julia), Robert Massaro (Lorraine), Michelle Massaro, and Monalisa Massaro Garofalo. Bill attended Saint Aedan School, Notre Dame HS, and Paier School of Art and served as a medic in the US Army Reserves. He was an artist at Koppel Photo Engraving, New Haven, a glassblower who had a 'one man show' of glass at the Metropolitan Museum of Art, and made kaleidoscopes of many series, which achieved world renown and appeared in the Smithsonian magazine. He was once referred to as the 'King of Kaleidoscopes.' Bill was also a painter, sculptor, inventor, and master of many skills from flint knapping to art restoration. He found and dug the 9600 B.P. Binette archeological site in Bethany/Naugatuck CT with archaeologist David Thompson. He and his wife dug a Lucayan Indian site in Hope Town, Elbow Cay, Abaco Bahamas, which won an American Express award. Many hours were spent in the Connecticut woods and waterways, which he loved for their eternal beauty. He leaves behind many family, friends and admirers. Funeral from BEECHER & BENNETT, 2300 Whitney Ave, Hamden on Thursday, February 5th at 9:30 AM followed by a Mass of Christian Burial in Our Lady of Mt. Carmel Church at 10:00 AM. Friends may visit on Wednesday evening from 4:00 to 8:00 PM at the funeral home. Interment will be in Mt. Carmel Cemetery. Contributions in Bill's memory may be sent to Connecticut Hospice, 100 Double Beach Rd, Branford CT, 06405. To send a condolence or for information please see obituary at www.beecherandbennett.com