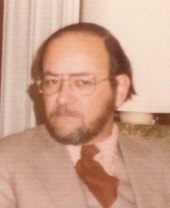 William S. Freeman, 80, formerly of Charlton Hill, Hamden, passed away suddenly on November 13, 2009. William was the husband of Delores Boyd Freeman and the son of the late Walter and Ann Hughes Freeman. He graduated from Southern Connecticut State University with his B.S. in education and received his Master's degree from the University of Bridgeport. William was an art teacher at Amity High School from 1966-1978, and later was head of the Arts Department at Hamden High School from September 1978 to June 1989 when he retired. He was a veteran of the US Army and recently volunteered for the Agency for Aging. William leaves to cherish his memory, his beloved sister Sally Freeman Steadwell of Hamden, nieces Robin (Albert) Dancy of Norwalk, Cheryl (Michael) Frisby of Fulton, MD, 2 great nieces, 2 great great nieces, 1 great great nephew, as well as his goddaughter Beth Chandler of Roslindale, MA, godsons Joey Chandler of Branford, Robert and Steven Richardson of Bethany as well as a host of other friends and family. Funeral service will be Friday, November 20, 2009 at 12 Noon at BEECHER & BENNETT, 2300 WHITNEY AVE., HAMDEN. Friends may call Friday from 11-12 p.m. Interment in Evergreen Cemetery.