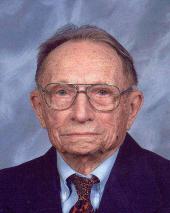 WWII Veteran Lt. Col. William S. Kaminski Dies at 101 William S. 'Bill' Kaminski, age 101, of 140 Cook Hill Rd., Cheshire CT, formerly of West Haven CT, passed away on 14 Nov 2011 in Cheshire CT. He was the husband of Alberta B. (nee Cox) Kaminski, who passed away in 2003, at age 94. Mr. Kaminski was born in Poughkeepsie NY, 24 Sept 1910, spent his childhood in the Poughkeepsie area, and graduated from Arlington High School as valedictorian in 1928. He graduated from New York University's College of Engineering in 1932 with full scholarship, and moved to New Haven CT in 1935, while employed by the New Haven Railroad, as a structural engineer. After WW II he settled in West Haven CT with his family in 1946. At the time of his retirement he was a Senior Associate with Pfisterer, Tor & Associates, Consulting Engineers, of New Haven, and previously had been with Westcott & Mapes, Consulting Engineers.He served as an officer in the U. S. Army Corps of Engineers before, during and after World War II, on active duty from 1941 to 1946. His assignments included military airfield construction in the southern United States, battalion staff officer in the Southwest Pacific Theater of Operations, and the Projects Section, Headquarters Army Forces Western Pacific - planning for the Olympic Operation (the proposed invasion of Japan), serving in the Philippines, New Guinea, and Japan. He retired a lieutenant colonel, U. S. Army Reserve. Mr. Kaminski had been a director (and afterward, Honorary Director for life) and secretary of the American Clock & Watch Museum of Bristol CT, president of the Connecticut Section of the American Society of Civil Engineers, a director and secretary of the Connecticut Building Congress, a member and former deacon of the First Congregational Church of West Haven, a charter member of the West Haven Rifle and Pistol Club, a member of the Military Officers Association of America, and a member of the Appalachian Mountain Club. Until the last several years Bill kept active by hiking in Connecticut and in the White Mountains of New Hampshire, shooting competitively with his pistol club and playing bocce at Elim Park. He maintained his home on Laurel St. in West Haven until 2001, when he and Alberta moved to the Elim Park retirement complex in Cheshire. He is survived by two sons - Stanley Kaminski of Conroe TX, and Perry Kaminski of Mukilteo WA, two grandchildren: Katharine Cowan of Nashville TN, and William C. Kaminski of Los Angeles CA, and a great-granddaughter Jane Cowan of Nashville TN. He was predeceased by a sister, Statia Conrow, and his wife, Alberta Kaminski. Friends may visit with his family at BEECHER & BENNETT - TAYLOR FUNERAL HOME, 410 Campbell Ave., West Haven on Thursday, Nov. 17th from 5:00 to 7:00 PM and are invited to attend his Funeral Service in First Congregational Church of West Haven, at 10:00 AM. on Friday Nov. 18th. Interment will follow in Union Cemetery of Hyde Park, NY. Memorial contributions may be made to the Book of Remembrance of the First Congregational Church of West Haven, 1 Church St, West Haven CT 06516, or to the American Clock & Watch Museum, 100 Maple St, Bristol CT 06010.